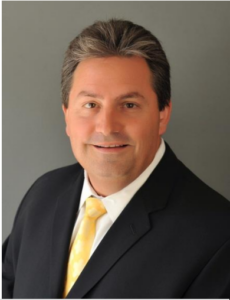 In a town known for business and negotiation, George Meyers is recognized as one of the most accomplished business leaders in Washington, D.C., having achieved financial success on behalf of numerous clients. He has over 25 years of extensive hands-on experience working in the federal government and in government affairs. He possesses an in-depth understanding of federal government acquisition and the legislative process. He is equally experienced in navigating Washington’s political environment and is a recognized expert in business development, international trade development and federal marketing. This combination of skill and experience has allowed Mr. Meyers to generate millions of dollars in business opportunities. He is considered a master at using innovative thinking and creative strategies to secure funding for clients. His energy and enthusiasm are contagious.

Mr. Meyers is also a guest lecturer on acquisition policy and has spoken before numerous corporate groups on the topic of doing business with the federal government. He has moderated panels for the security, intelligence and aviation communities and has authored numerous articles on shaping and winning business in the federal government. He has been instrumental leading several community-growth initiatives leading to financial success.

Mr. Meyers’ early success was on behalf of President Clinton’s Mid-Delta Empowerment Zone Project in Mississippi, where he advised community leaders on “rebuilding” the region using skilled aviation-industry jobs and resources. He was also assigned to the Pentagon as Chief Acquisition Manager for the US Secretary of the Air Force, where he led a team in acquiring and modifying over $9B in aircraft programs, and was able to secure funding to start a $6B modernization program. Mr. Meyers was also the Chief Congressional Liaison for the United States Secretary of the Air Force in Washington, D.C. He worked with Air Force and Industry counterparts to formulate strategies and enlist Congressional support for the Administration’s key policies and programs. He authored the legislative strategy for a $10B aviation program and brokered a multiple-year contract worth $7B.

Upon retirement from the Air Force, Mr. Meyers served as Government Affairs and Business Development Director for Defense and Intelligence programs at a Washington, D.C.-based firm, where he directed the company’s strategic intelligence programs. He also served as a Program Manager for critical DIA, CIA and NGA Intelligence Programs, where he increased profit by 21%. He also secured $25M in federal funding for an R&D effort.

He was asked to join Lockheed Martin where he helped create a $32B pipeline and managed over $1B in international opportunities in 43 nations—with particular emphasis in developing nations. He led the emerging markets team for Lockheed Martin’s Intelligence business, directing company strategy on legislative, international, and emerging programs. Industry credits him with creating the strategy and shaping the landscape for a $6.6B Defense contract–which he eventually won.

While at Cassidy and Associates he was responsible for business development, industry teaming, and international trade. He built outreach plans to shape and win multi-million dollar programs. Under his guidance several clients achieved a 200% increase in revenue. He also designed /wrote the business development plan for a $4B defense company—and then executed the contact plans to win business. He built the Cassidy cyber practice and was responsible for client success in several classified programs. He also helped write several cyber bills for Congress.

Mr. Meyers is an expert at crafting acquisition plans and has led several “start-ups” through successful “funding rounds” while also winning government business. He is also a monthly Columnist writing about business development, economic growth, and legislative issues.

He is currently the Managing Partner for The Meyers Group where he leads a 17-person group focused on business development and revenue-generation for clients. Mr. Meyers currently serves as a corporate advisor and on the Board of Directors for several companies.

Mr. Meyers is a commercial pilot with over 20 years of flying experience, serving in numerous conflict zones during the past 20 years, including two tours in support of Iraq and Afghanistan. He is a disabled veteran with numerous awards from his military service.

He is a native of New Orleans, Louisiana and currently lives in Washington, D.C.