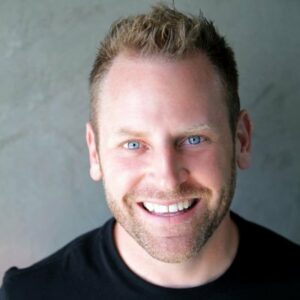 While studying rhetoric and film at U.C. Berkeley, Thunell began his career at Lucasfilm and Industrial Light & Magic, where he contributed to the Star Wars franchise and Terminator 3 under visual effects luminaries Dennis Muren and Pablo Helman. Thunell draws influence from thinkers such as Bran Ferren and Alain de Botton; his talks and presentations often emphasize existential themes and philosophy’s relevance to everyday life and technology. Thunell is a guest lecturer at Cal Poly San Luis Obispo, Department of Computer Science, where he sits on the Industry Advisory Board. He is a mentor for the “Hacking For Defense” Management Science and Engineering course at Stanford University, and a vocal advocate for nontraditional government contracting – which brought him to speak at the South By Southwest Interactive Conference in 2017.