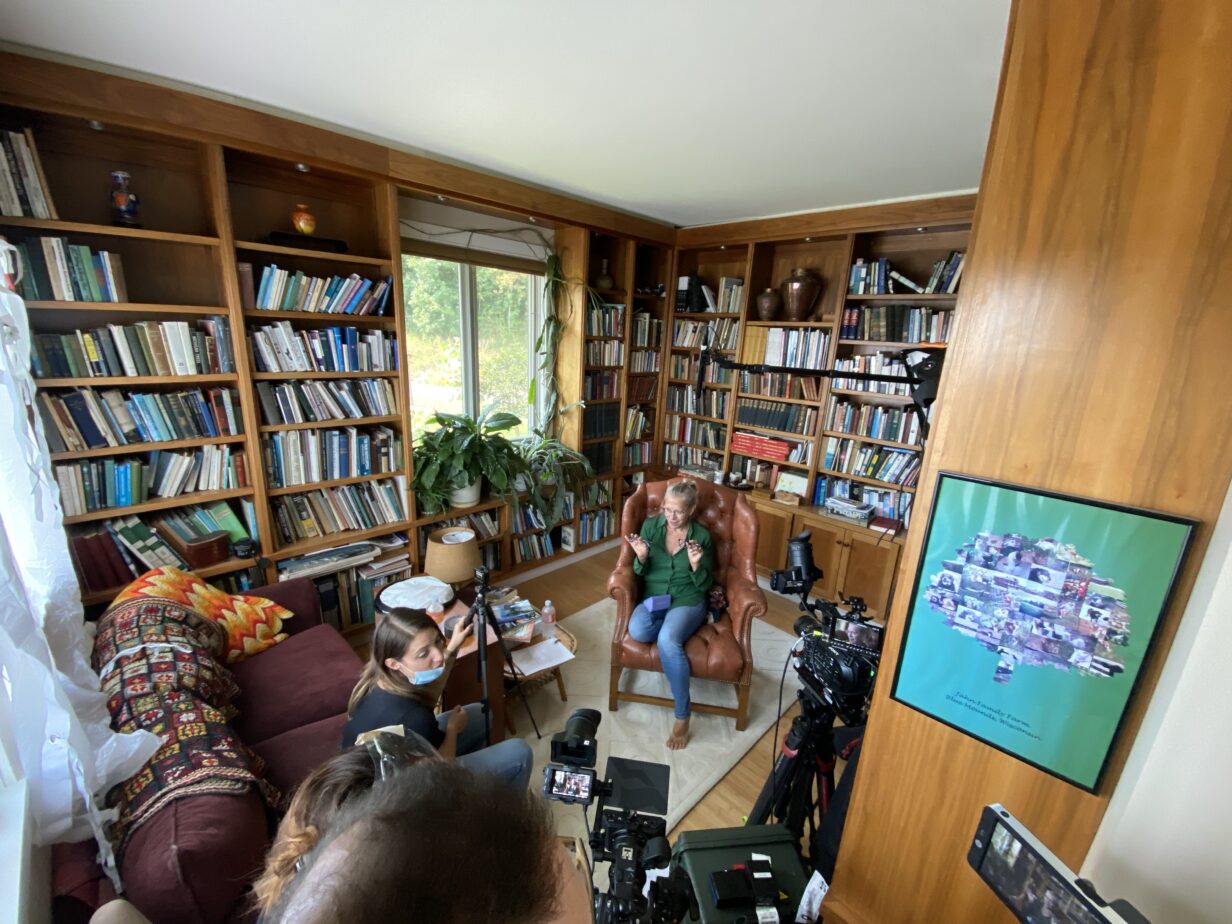 Jahn Research Group principals Molly Jahn and Greg Treverton will be featured in an upcoming documentary titled, “The Grab.” This feature-length documentary is focused on how food insecurity is driving conflict, and is at the center of geopolitical events as nations prepare for a future with growing water and food scarcity. The film crew met with Molly in her home on August 26th, and were entranced by the blooming sunflowers on her property. The crew is speaking to a variety of people in the Department of Defense and Intelligence Community in an effort to reveal the latent issues our world is facing. The film is intended for theatrical release to international audiences in 2022, and will become available on streaming services such as Netflix.